"The X-keys has proven invaluable. I cannot imagine editing any video or audio without one.”
Craig Marshall
HDVideo4K.com 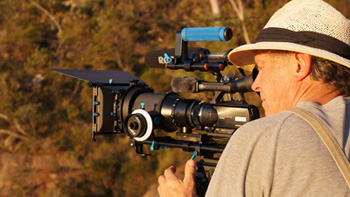 Craig Marshall, Owner of independent production facility HDVideo4K, found his start in still photography and Super 8 film in the late seventies. “I enjoyed the technical aspects of film making,” he said. He built a mobile recording and film studio in an old two-ton caravan, and took it on the road shooting Super 8 documentaries. That would eventually lead to setting up and operating the first television channel in a tropical south Pacific country where the population had previously known only radio.

“After ten years in the rainforest,” Craig said, “I sold my Betacam SP post production facility with its ten full time camera, post, and graphics staff.” He left the production industry and took up sales oriented positions for various broadcast, film, and television equipment manufacturers.

“Around 2012, I was awarded a contract to shoot still photography for a series of National parks. The client also requested ‘Maybe a little bit of video too?’ The industry had progressed a bit since my analogue SD Betacam days, so I undertook a crash course in digital HD video production,” said Craig. Finding his most valuable resources in online forums and blogs, Craig says, “If you are prepared to swallow some pride and ask a few basic questions, many forum contributors have been in the industry for a very long time so have an enormous wealth of knowledge they are happy to share. Two sources I highly recommend are the Lift Gamma Gain forum and RedShark News."

“One of the video editing tools I had come to appreciate was the ergonomic Sony BVE edit controller. An entire bank of VTRs could be controlled with only this simple Jog/Shuttle device and a dedicated keyboard,” he said. “But, from what I could see, no such controller was being used in digital non-linear editing.” 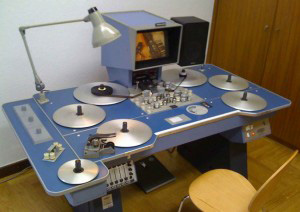 Craig spotted a second-hand X-keys keypad on eBay and bought it for experimentation. “This totally transformed my workflow,” he said, “I was able to map specific shortcuts to the X-keys, leaving the keyboard free for text entry. But, even this could not match the dedicated ergonomics of the Sony BVE Jog/Shuttle controller.”

“One of the reasons the Lightworks NLE appealed to me as a first time editor transitioning from Video Tape or Film editing,” he said, “was that the software was designed around a hardware device called a 'Console'. This legendary Edit Controller emulated the look and 'feel' of a traditional Kem or Steenbeck flatbed film editor on your computer. 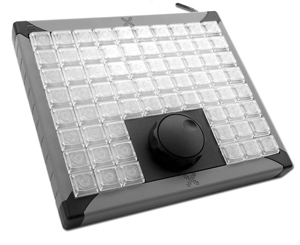 “I experimented with one or two cheap USB edit controllers,” said Craig, “but, around the same time I started to get a grip on Non Linear Editing, X-Keys released their backlit 68 key USB Jog/Shuttle. I bought one of the very first units to become available. At just $250, the X-keys 68 Jog/Shuttle represents exceptional value considering the dedicated Lightworks Console cost around $2K and the dedicated DaVinci Resolve hardware panel costs $30K.

“I now have my X-Keys 68 Jog/Shuttle mapped to both Lightworks and DaVinci Resolve with identical transport control keys for both apps. My current workflow includes an 'off-line' edit on Lightworks and Export of EDL or AAF then I completely finish (or on-line) all my programs in Resolve. Since resolve 12.5, the traditional Color app now offers some good editing improvements but IMO, Resolve still has a long way to go to become a fully fluent 'Editor'. Resolve's audio 'scrub', for example, with the X-Keys Jog/Shuttle is no match for the same function on Lightworks. This is one area where there is still some way to go for Resolve to become a fully functioning NLE. 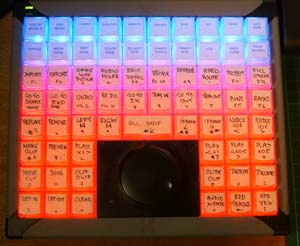 “On my X-Keys 68, I have the two top rows mapped exclusively to Resolve and back-lit in a low Blue LED glow whilst the Lightworks specific buttons are backlit with the X-Keys Red LEDs. Having the X-Keys transport controls (including the Jog/Shuttle wheel) mapped for both programs maintains 'muscle memory' so switching apps is never an issue. Resolve 12.5 made significant edit 'trim' improvement but IMO, nothing comes close to Lightworks unique 'analogue tape' style audio scrubbing.

“I'm right handed but I use the X-Keys with my left and a mouse with Right. I have the most commonly used commands mapped to buttons along the left hand edge and use a double key for Stop situated immediately above the Jog wheel. Lightworks offers a unique Preview function which emulates a linear video tape editor where the scene automatically jumps back several seconds then plays down over the edit in real time to return to your in-point the moment you hit Stop. As much of my work involves precise, frame accurate scene over beat, I find the Preview key an essential aid to precision. The Mark Clip, Replace, Move Cut and Slip Clip commands are almost exclusive to Lightworks so they have their own mapped keys which greatly speed up editing over mouse & keyboard.

“The X-Keys ability to map 'mouse clicks' to a backlit button is a real winner. For example, I have my two rows of dedicated Resolve buttons mapped exclusively to 'mouse clicks' so instead of needing to grab the mouse, navigate to a button on the screen and click it, I simply press one dedicated button. So much faster and more accurate! 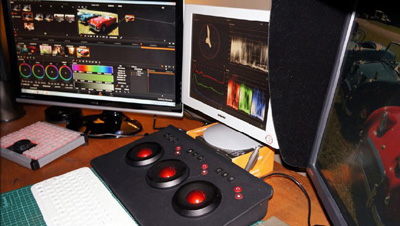 “A lot of my work is creatively matching the right image with the right backing track and here, timing is everything. I ran an audio visual business for many years where multiple 35mm slide projectors were accurately synchronized to a soundtrack. In this arena, the sum of the audio and the visual must be melded together so that the result is greater than the parts. Timing is everything, and here, the X-Keys has proven invaluable. I cannot imagine editing any video or audio without one."

Our 30 day, no questions asked return policy lets you evaluate any X-keys risk free. If you are not impressed by its performance, return it for a full refund. More info...